In April 2015 two major earthquakes caused immense damage in Nepal. According to the government of Nepal, close to 9,000 fatalities resulted from the 25 April and 12 May 2015 earthquakes that destroyed 602,592 and damaged 284,482 houses

To date Trócaire has raised €1,282,498 for the Nepal Earthquake Response

The support provided involved the provision of temporary shelter (Tarpaulins, Blankets, Mats, Rope) and non-food items (Cooking kits) as well as Water and Sanitation support (Jerry-cans, Buckets, Water filter) to families affected by the earthquake. In this relief phase, assistance was given according to a blanket approach. Households either received a full temporary shelter package or received the items complementing the support provided by other organisations.

In late 2015 the focus shifted to winterisation planning to help families living in temporary shelter through the winter months. The Winterisation kits reached 493 households with the provision of gas stoves, blankets, solar lamps, beds.

From September 2015 the recovery and reconstruction phase has well underway and this involved the provision of the following assistance: 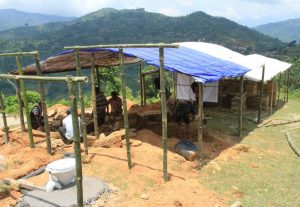 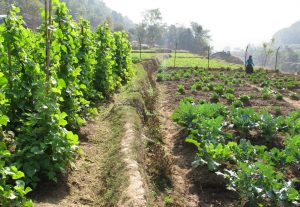