“If you are what you should be, you will set the whole world on fire.” (St Catherine of Sienna)

GET THE BEST OUT OF YOUR LIFE 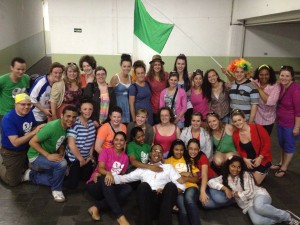 Dream dreams, dream possibilities for your self.
Take an example Tom Dempsey, New Orleans. Tom, born in 1947, was born without toes on his right foot and no fingers on his right hand.

As a young man Tom’s great desire was to be a football player.  In his school years, people sympathised silently with his dream.  But Tom was persistent.  He continued to train and eventually entered into professional American football.  Still persisting, he got his chance of a lifetime opportunity when the New Orelans Saints were playing the Detroit Lions in 1970.  With a few moments left in the game, the New Orleans Saints were losing by two points. His manager called him in to take a free kick that set the league record for the longest field goal in a regular season game.  The 63 yard kick lifted the New Orleans Saints to a 19-17 vistory.

Tom is known today internationally for his record-breaking achievement in spite of the obstacles which he had to overcome, because Tom was thinking of what he wanted to do and hadn’t time to think about what he couldn’t do.

You are surrounded by people who want to help you – to be what you dream to be, parents, family friends, school and teachers.

Dont’ let anyone say to you – You Can’t, You Won’t

Tell yourself “You Can”

HOW TO DISCOVER YOUR TRUE DESTINY 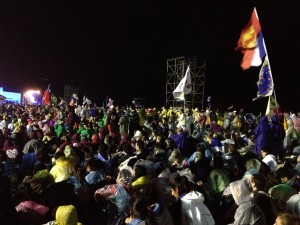 Today so many voices are competing for YOUR attention.

LISTEN TO YOUR OWN VOICE WITHIN
Let your voice surface from within.

START PLANNING FOR YOURSELF
Pick from within the people around you today any person whom you feel can help you to be what you dream.

START WORKING FROM TODAY ON THINKING AND WORKING OUT POSSIBILITIES

God is interested in you becoming a great person even more than you are interested in yourself.  Talk to God in your words, express your own feelings and maybe find a prayer that helps you to say things to God.

THE WORLD IS FULL OF POSSIBILITIES; THERE IS NO END TO WHAT IS WAITING FOR YOU OUT THERE

If through so many possibilities you feel God calling to priesthood, contact Rev William Swan who is the Director and Coordinator of the programme for vocations to the priesthood in the diocese of Ferns.

Anyone seeking information about vocations is invited to contact Fr Swan or any of the priests of the diocese.

DON’T BE AFRAID
God’s call comes from deep within, quietly, silently and directing you.  You may not even find the lifestyle attractive, but somewhere there is a persistent call.

God in touch with someone whom you can trust to answer your questions honestly, an adult, a priest or our Vocations Team.

God is always on the look out for people to do his work.

Take JOHN VIANNEY who was born into a poor family in Ars in rural France in 1786.

When he commenced his studies he was in a low grade in school, and the disruptions which took place during the French Revolution further complicated the early beginnings of his life.

HE WANTED TO BE A PRIEST 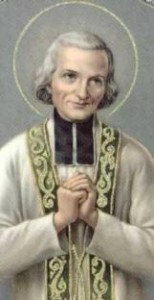 He entered Seminary for training at the age of twenty six.  After six months, the Seminary authorities asked him to leave because of the low grades in examinations.

John Vianney persisted in his studies; he entered another Seminary and was ordained at the age of twenty nine.  He went about his work in the village of Ars, after his Ordination, teaching, preaching, and assisting parishioners.

By the time he died, at the age of 73, there were over 100,000 people visiting Ars each year, to hear him preach, received Confession and Holy Communion.

The French government was wondering why so many people were going to Ars. They were travelling on foot, carts and trains.  They decided to investigate.

A non-believer was deputised by the French government to go and investigate the situation.  When he returned he reported, “I saw God living in a man”.

Born into difficult circumstances with the lowest grade in school, he has become a role model for parish priests throughout the world, as the Patron Saint of Parish Priests. 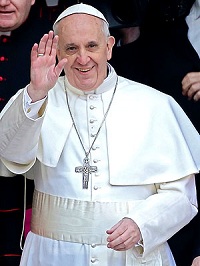 He was studying chemistry at the local university. He was 17 years of age.  He remembers very clearly what happened on the first day of spring in 1953.

“On my way to the picnic passing by our local church, I decided to have my Confession heard by a priest.  During that Confession, something strange happened to me.  I cannot say what it was, but it was something that changed my life.  I could say that it was as if I had been caught off guard…..  From that moment onward, God became for me the one who goes ahead.  You do not seek him.  He seeks you first.” Strangely, he confided to his sister that he had intended that night proposing marriage to his girlfriend.

There are many way in which God calls us.

If you feel called, discuss this with an adult whom you trust or any member of our Vocations Team.