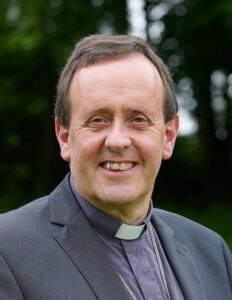 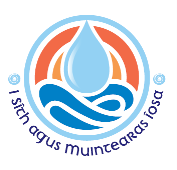 Gerard Nash was born on 27 February 1959 at Glandree in the parish of Tulla, Co Clare.   After the Leaving Certificate he studied business and then worked in the manufacturing industry for a number of years.  After choosing to study for the Diocese of Killaloe in Saint Patrick’s College, Maynooth, he was ordained on 15 June 1991 in Drumcharley Church, Tulla, by Bishop Michael Harty.

After ordination, he was appointed as chaplain/teacher in Roscrea Vocational School and as priest responsible for Roscrea Youth Centre.  In 1996 he was appointed as General Manager of Clarecare, which provides a range of social services to the people of County Clare.  From 1996 he was also assistant priest in Corofin.  In 2003, he was appointed as resident priest in Corofin and part of the first grouping of parishes in the Diocese of Killaloe.  The newly created area was called Imeall Boirne.  In 2007 he moved to Crusheen, also within the Imeall Boirne Pastoral Area.  Father Nash was appointed Diocesan Secretary in 2010, while continuing to minister in Imeall Boirne.  In 2016 he was appointed Director of Pastoral Development for the Diocese of Killaloe.    He was ordained as  the 81st Catholic Bishop of Ferns on 5th September 2021 in St. Aidan’s Cathedral Enniscorthy.