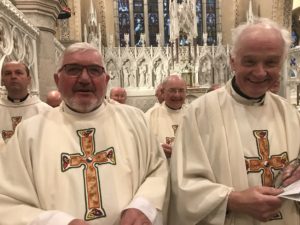 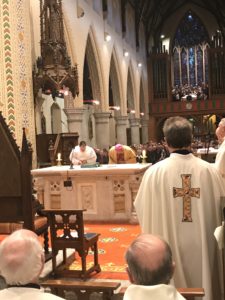 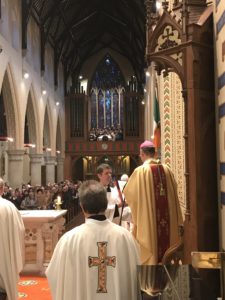 One of the biggest challenges facing the Irish church at the moment is the shortage of candidates coming forward to priesthood and religious life.

The sharp decline in numbers studying for the priesthood obviously has huge implications for the future shape of ministry. It also impacts on the present by undermining and sapping our morale.

The effect of this should not be underestimated. I know farmers and business people, who when they realise that none of the family are interested in continuing on the farm or in the business scale back, and even sell up.

They lose heart, they see no point in continuing when it becomes obvious that nobody is going to come after them. This realisation can take its toll in priesthood and religious life too.

We keep reading articles entitled ‘’ The Last Priests in Ireland ‘’ and        ‘’ Priests under Pressure.’’ We see communities that always had a resident priest now being served from a distance by hard-pressed, hard-working priests, who are often getting on in years.

Much has been written and said about why priesthood and religious life have lost their attraction, about why they are not on the agenda for young people today, or indeed for their families.

Priesthood and religious life need a context, a context of faith and practice, a context where they are understood, valued, and supported.

It’s a cliché now to talk about how Ireland has changed in recent years. In the 2016 Census 10% indicated they had no religion. It should not surprise us that this cultural change should impact on the life of the church.

The scandals have had an impact too, they have poisoned the well, but this cultural shift had begun before the scandals broke. They didn’t cause it but they certainly didn’t help, especially in the negative way they allowed priesthood and religious life to be portrayed.

The cumulative effect of all this is that many church people are unsure about the future. In the face of this uncertainty we need to remember that we are not the first generation of Christians to be anxious about the future, to wonder what will happen to us, to the faith we cherish, and what we are called to do by God in the midst of our uncertainty.

The walkers on the road to Emmaus were anxious about the future too. All their talk was of the past ‘ we had hoped……‘ they said. They didn’t think they had a future, they thought it was all over.

A spiritual writer has written ‘’ the contemporary situation arouses our hopes while it nourishes our fears……….we are where Christians should be, poised on the razor’s edge between present and future, aware of the possibilities for good or evil which open up in front of us.’’

In the Year of Consecrated Life the Holy Father asked us to do three things;

Looking to the past should not be in the words of the Holy Father ‘’ an exercise in archaeology ‘’ but an opportunity ‘’ to give thanks for a journey which for all its light and shadow, has been a time of grace, marked by the presence of the Spirit.’’

Speaking about living in the present with enthusiasm Pope Francis says   ‘’ none of us should be dour, discontented or dissatisfied, for a gloomy disciple is a disciple of gloom.’’

Thirdly, he asks us to embrace the future with hope, whatever that future may hold or mean. This hope is more than thevague feeling that all our endeavours will have a happy ending, it is the conviction that whatever happens theKingdom of God will continue to be proclaimed and revealed.

As Easter people this should be our default position, we must work, hope and pray for a new outpouring of God’s Holy Spirit.

Speaking of new things the Bishop’s Conference is at the moment setting up a National Vocations Office in Maynooth.

Its mission will be;

It is envisaged that this office will work in cooperation with Vocations Ireland, the office which promotes vocations to the Religious Life.

So we must go on calling, praying and working, realising that while fostering vocations is the task of some, it is the responsibility of all.

Lord of the harvest, bless our Diocese of Ferns with many priestly and religious vocations. Give the men and women you call the light to understand your gift and the love to follow always in the footsteps of your Son.

Glory be to the Father, and to the Son, and to the Holy Spirit, as it was in the beginning, is now, and ever shall be, world without end.